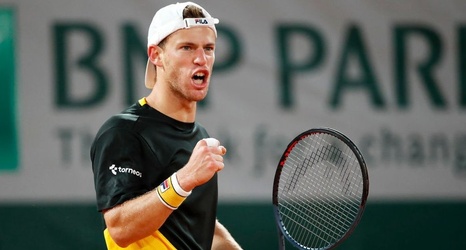 Schwartzman recovered after being broken while trying to serve out the third and fourth sets to reach his first Grand Slam semifinal.

He could play Nadal on Friday, if the Spaniard gets past 19-year-old Italian Jannik Sinner in a later Tuesday quarterfinal.