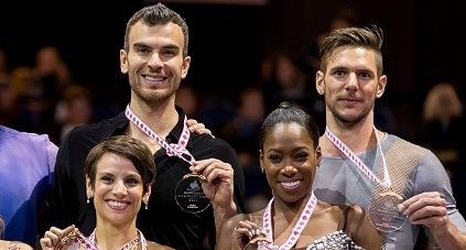 Pairs’ figure skaters Vanessa James and Eric Radford, both two-time Olympians and world and Grand Prix Final medalists with different partners and for different nations, have announced they are teaming up in time for the 2022 Olympic season.

Representing Canada, the team will train in Ontario under coach Julie Marcotte.

“Our goal is obviously to go to the Olympics,” James told CBC. “It’s a goal, a dream for us to get to the Olympics. Hopefully an Olympic medal. But it’s a process. So we’re going to take it a step at a time.