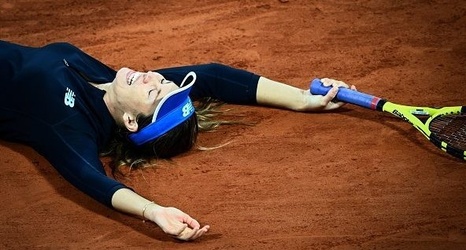 Collins upset 30th-seeded Tunisian Ons Jabeur 6-4, 4-6, 6-4 on Tuesday to become the fifth unseeded player to make the quarters at Roland Garros. The match was postponed from Monday due to rain in Paris.

It’s the first time a majority of female quarterfinalists at a Grand Slam are unseeded since seeds were expanded from 16 to 32 in 2001, according to Gracenote.

Collins, a 2019 Australian Open semifinalist who is ranked 57th, plays countrywoman and fourth seed Sofia Kenin on Wednesday for a spot in the semifinals.