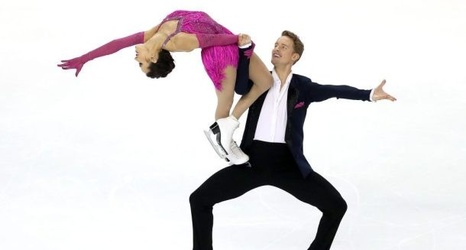 When this reporter asked Madison Chock and Evan Bates, and Madison Hubbell and Zach Donohue, about the near decade-long rivalry that has shaped their ice dance careers, Hubbell laughed out loud.

“My rivalry with Evan Bates has been going on much longer than 10 years,” she said. “Don’t count the years, because we’re getting old.”

Hubbell, 28, was right, of course. Both she and the 31-year-old Bates hail from southeast Michigan, where they squared off in competitions throughout their childhoods. In 2005, the year Bates won the U.S. novice title with former partner Emily Samuelson, Hubbell and older brother Keiffer placed fifth.