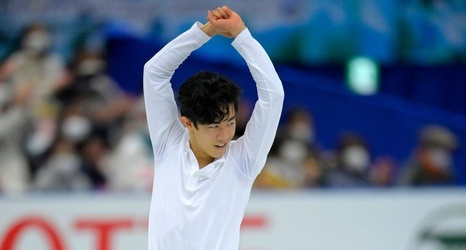 Russia leads six of the top figure skating nations with a total of 49 points after the first day of competition at the ISU World Team Trophy in Osaka, Japan.

In a three-country battle for podium positions between the powerhouses who took the medals at each of the past three World Team Trophy competitions – though always in varying order – the United States trails by only two points (47), followed by Japan with 42.

Nathan Chen topped the men’s field Thursday (109.65, less than a point from his IJS personal best), redemption after finishing an unexpected third in the short program at last month’s world championships with a score 10 points lower, with his best performance to date of his short program to “Asturias” by Frida Lopez and “Cancion del Mariachi” by Los Lobos.