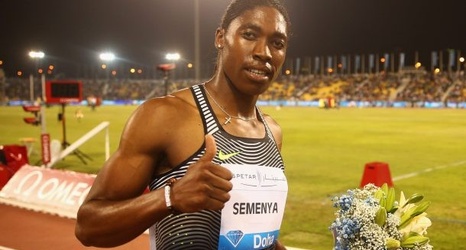 Scrutinized South African Caster Semenya cemented her status as Olympic 800m favorite, breaking her national record with the fastest time in the world since 2008 in Monaco on Friday night.

Semenya, known for a gender-testing controversy after she won the 2009 World title, clocked 1:55.33 for two laps. The previous national record was Semenya’s 1:55.45 from those 2009 Worlds.

Semenya won by .91 over Burundi’s Francine Niyonsaba, who is shaping up to be the silver-medal favorite in Rio. Full Monaco meet results are here.

Semenya’s time is the 22nd-fastest ever and still 2.