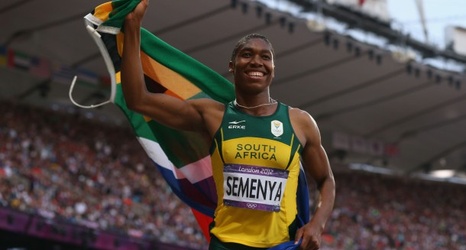 South African Caster Semenya appears to be sprinting toward an Olympic gold medal and more controversy.

The 2012 Olympic silver medalist won an 800m in her fastest time since 2011 at a Diamond League meet in Rabat, Morocco, on Sunday.

Semenya clocked 1:56.64, coming off the final turn fighting for the lead and excelling past Francine Niyonsaba of Burundi to win by one second. Her blazing final straightaway (video here) was reminiscent of her victory in Doha on May 6.

“In training, we try to do tactical races and fast sessions,” Semenya said, according to the IAAF.