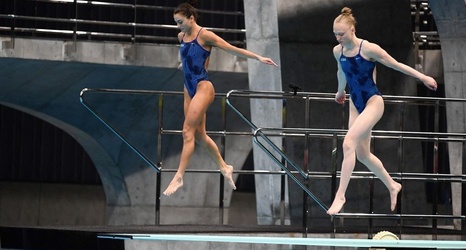 USA Diving had quite the unpredictable cycle since the last Olympics in 2016.

David Boudia, the best American diver over the last decade, took a year off, sold houses, came back, suffered a concussion and switched from the platform to the springboard.

Laura Wilkinson, the last American woman to win Olympic gold in 2000, came out of a six-year retirement, aiming to compete internationally for the first time since 2008.