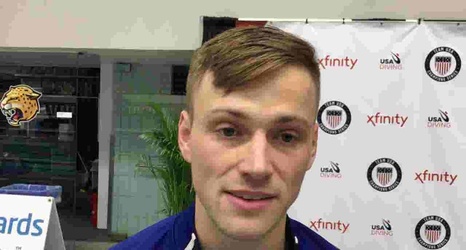 INDIANAPOLIS – Steele was not letting some metal derail his diving career.

Steele Johnson, who in 2016 became the first Carmel athlete to make an Olympic team, won a silver medal at Rio de Janeiro on a broken right foot. That’s right. A broken foot.

He had one surgery last September, then another in February because of an adverse reaction to screws inserted in his foot. He missed all of what would have been his final season at Purdue, and he missed making the world team Sunday on 10-meter platform.