After 17 days of action, these are the Tokyo Olympics moments we won't soon forget 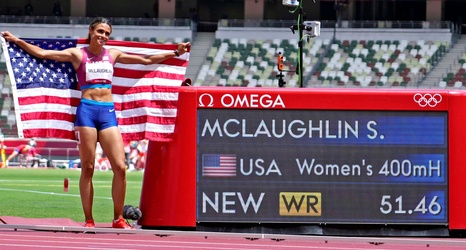 When the Tokyo Games began, nobody could be certain how they would come off with no fans in the stands and strict COVID-19 protocols. But after 339 events in 33 sports and more than 11,000 athletes getting their shot at glory, the 32nd Summer Olympics have concluded.

Here are the highlights from all 17 days:

A most unusual opening ceremony took place under the specter of COVID-19, with no fans inside Olympic Stadium but several protestors outside. Though the show contained many of the hallmarks of opening ceremonies past – the parade of nations, the musical numbers, the dance routines – it was a scaled-down event that was more somber in tone.