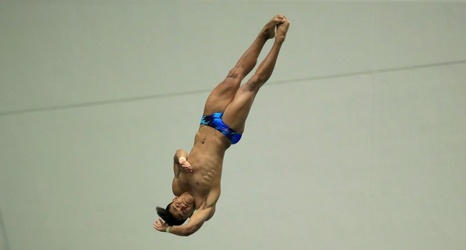 Brandon Loschiavo dominated the men’s individual platform competition all week at the U.S. Olympic Diving Trials, leading through the prelims, semifinal and Saturday’s final, though he never took advantage of that cushion.

“I pretended like I was behind,” Loschiavo told NBC reporter Kelli Stavast. “I just had to stay focused on the task at hand and just keep pushing.”

The strategy worked as Loschiavo earned a spot on his first Olympic team with a total of 1421 points in Indianapolis.

The 24-year-old had earned the U.S. its first men’s platform spot at the Tokyo Olympics when he finished eighth at the 2019 World Championships and made sure he was the one to fill it by winning Trials.