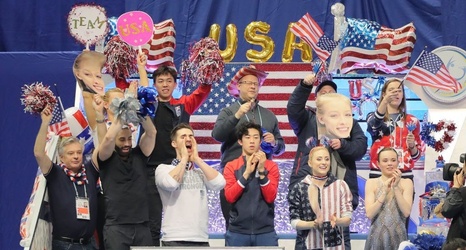 Nathan Chen and Yuzuru Hanyu compete one last time this season, but this time it’s for their countries at World Team Trophy, live on Peacock Premium this week from Osaka, Japan.

Similar to the Olympic team event (but not the same), skaters’ placements in short and long programs in all four disciplines determine overall point totals for their countries. Each nation has two singles skaters per gender, one pairs’ team and one ice dance couple.

The U.S. won the last title in 2019, but Russia is the favorite, boasting reigning world champions in women’s singles, pairs and ice dance.