Ryan Lochte, Other U.S. Swimmer May Be Indicted For Falsely Reporting A Crime 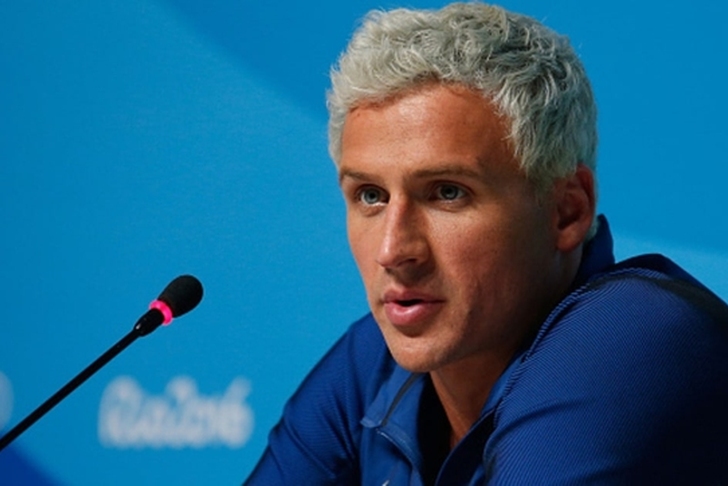 UPDATE: Lochte and Feigen have not yet been indicted as the investigation is ongoing and they are still gathering information. The originally story is below:

U.S. swimmers Ryan Lochte and Jimmy Feigen have been indicted for falsely reporting a crime, according to ABC News:

Ryan Lochte has maintained that he and his teammates were robbed at gunpoint at a gas station in a Rio suburb after returning from a night of partying.

"No robbery was committed against these athletes. They were not victims of the crimes they claimed," Civil Police chief Fernando Veloso said during an afternoon news conference Thursday.

Veloso said the four swimmers vandalized the bathroom on the side of the gas station, damaging mirrors and other property. He said surveillance video shows that employees of the gas station tried to control the situation but that the swimmers went to their taxi and tried to get away.

When employees realized what was going on, security guards asked the taxi driver not to leave and to wait for police. Although Brazilian police had said previously that no guns were involved in the incident, Veloso said security officers at the gas station did use guns to control the situation. The surveillance video does show a man approaching the taxi with an object in his hand, but it's not clear whether it is a gun.

Veloso said the athletes refused to wait for police to arrive. During that time, a third person offered to interpret and explained to the athletes that they had to pay for what they had done to the bathroom. According to Veloso, they offered to pay in the form of a $20 bill and 100 reals (about $51).​

It remains to be seen if Jack Conger and Gunnar Bentz, the other two swimmers who were with Lochte and Feigen, will be indicted as well.

One of the swimmers told authorities what actually happened, at which point authorities ordered the seizure of their passports. However, Lochte was already back in the United States. Conger, Bentz and Feigen are still in Brazil.