How to view the 2018 Winter Olympics in Korea 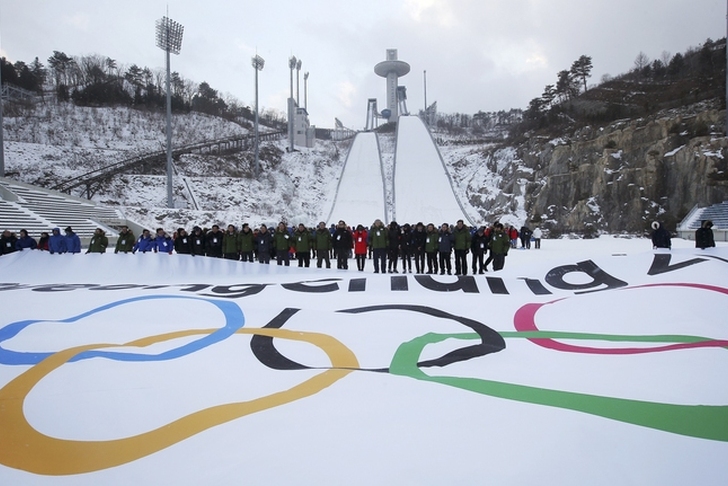 The 2018 Winter Olympics are approaching, and all you winter sports enthusiasts must have started the preparations. South Korea, on the other hand, has begun preparing for quite some time now, and all the work is almost finished. The mega-sports event is to take place from 9 to 25 February, and over 50 thousand people are expected to participate. However, there are some curiosities to be satisfied regarding the PyeongChang 2018. Can the country take the risk associated with the event or not? Let’s take a look, shall we?

Where will the Games be hosted?
Just as the name suggests, the Winter Olympics of 2018 will take place in PyeongChang in the Gangwon Province. It is about a two and a half-hour drive from Seoul. However, there will be two locations where the Games will take place. The first is PyeongChang’s mountain, which will host the skiing and snowboarding events, and the second is the Gangneung coast. The latter location will host hockey, curling, and skating competitions.

As for the venues, there are 12 of them. Six of them were already there and were refurbished, but Korea built six more just for the major event. The Olympic Plaza for the opening and closing ceremony is a new construction as well, and it can hold 40 thousand people.

Cost and benefits
We all know that hosting an Olympic event is not cheap. Not all countries spend the same amount, but South Korea is estimated to spend almost 11 billion dollars. That money includes transportation, infrastructure, city development, water supply improvement, and everything tourism-related. It is a lot ofmoney if you think about it, but remember that Russia spent 50 billion dollars for the Sochi Winter Olympics, which is the highest amount ever paid for such an event.

Apart from costs, Korea is also expected to benefit a great deal from the Winter Olympics. The country will get global recognition, but according to economic research, there will be a boost in tourism, economic enhancement, and let’s not forget that the event will create thousands of new jobs. The Hyundai Research Institute estimates that PyeongChang 2018 will bring 55 billion dollars in benefits (direct or indirect.) Moreover, a Seoul – Gangneung railway has been constructed, and the roads suffered significant improvements, which translates into increased access and a shortening of travel time between the two locations. It used to be six hours, but during and after the Games, it will take just one.

No visa requirements for US citizens
That is an aspect which is of significant concern for US citizens who wish to attend the Winter Olympics 2018. Surely you have already booked accommodation and such, but the required documentation is not something to overlook either. Fortunately, all US citizens who will go to South Korea in February will not need a Korean visa. If you think about it, that comes as a relief for the Republic of Korea officials.

Imagine releasing at least 50 thousand visas in less than half a year. The people going there are just as relieved since there is no hassle and trips to the Korean Embassy. It is a win-win situation for everyone.

According to research, the PyeongChang 2018 is entirely sustainable. South Korea is the second country in Asia to host the Winter Olympics (the first one was Japan,) but surely it will ensure the legacy of the event. After all, all countries that have hosted the Games benefited from it. Why wouldn’t South Korea?