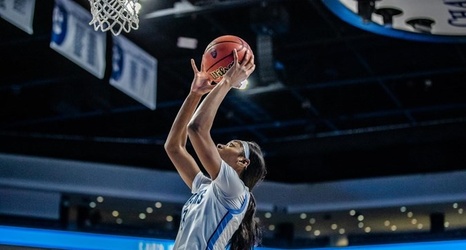 NORFOLK, Va. – OId Dominion women's basketball has announced its broadcast schedule as well as home tip times on Tuesday. At Chartway Arena, ODU will be tipping at 6:30 p.m. on weeknights, 4 p.m. on Saturday's and 2 p.m. on Sunday's.

The Monarchs, who closed out the 2020 season with a 24-6 overall record, will open the season at George Washington on Nov. 28, which will be streamed on ESPN+.

Along with ODU's game against the Colonials, the Monarchs have been selected for two home games on ESPN+, starting with the Jan. 16 contest against Rice and Feb.