Monarchs in the NFL Update - Week 11 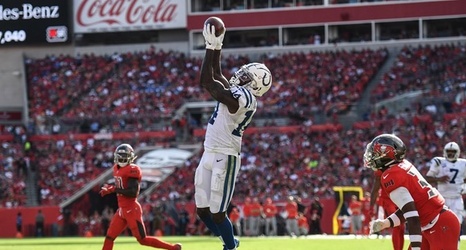 ODU had four former Monarchs play in the NFL this weekend. Here is how they did.

Zach Pascal had three catches for 54 yards to help the Indianapolis Colts to a come-from-behind 34-31 overtime win over the Green Bay Packers.

Jeremy Cox played on offense and on special teams for the Denver Broncos in a 20-13 win over the Miami Dolphins.

Travis Fulgham and Rick Lovato played for the Philadelphia Eagles in a 22-17 loss to the Cleveland Browns. Fulgham had one reception for eight yards, while Lovato had three extra point/field goal snaps, and six punt snaps.