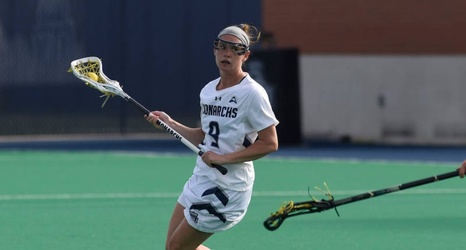 RICHMOND, Va. – The Old Dominion (0-2) lacrosse team fell to VCU (1-0) on the road, 13-10 on Wednesday afternoon. The Monarchs were led by senior Sophia Richie, scoring four goals and one assist.

VCU opened the match with back-to-back goals. Less than one minute later, Glory Johnson opened up scoring for ODU. Lilly Siskind and Sophie Powers both scored goals in the first half. The Rams notched nine goals in the first 30 minutes of play.

To open up the second half of play, the Monarchs tallied back-to-back goals. Brooke Stein collected her first goal of 2019 and Katie Miller with her second of the season.