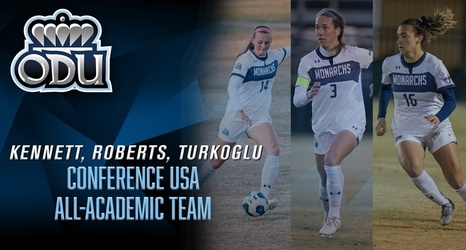 Kennett (Toms River, New Jersey) has helped anchor an ODU defense that has pitched a shutout in half of its games. She boasts 3.95 GPA as an exercise science major with a psychology minor and has been named to the Dean's List every semester at Old Dominion. Kennett has also been named to the C-USA Honor Roll and received Commissioner's Academic Medals each year at ODU.