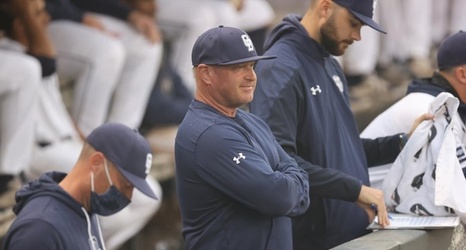 NORFOLK, Va. – Old Dominion baseball head coach Chris Finwood won his 500th career victory in ODU's 14-0 blowout of FIU in game one of the doubleheader on Saturday afternoon at the Bud Metheny Baseball Complex. ODU won its second game of the doubleheader by a 3-2 decision over the Panthers.

Finwood also won his 300th and 400th career games while head coach of the Monarchs. In the Monarchs' victory over Northeastern on March 5, Finwood reached his 250th win as the ODU skipper.