Wolfberg walks away with two wins against TCU 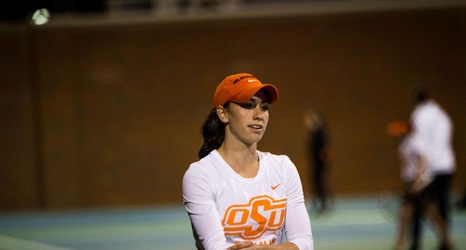 Tennis is often a game of quick turnarounds, and that can put mental strain on a player. After a tough loss on Friday night in the Oklahoma State women’s tennis team’s (11-1 overall, 2-0 Big 12) Big 12 opener, Alana Wolfberg had to put the poor performance in the past in order to focus on facing a new opponent in less than 48 hours.

The No. 12 Cowgirls played their second Big 12 game of the season on Sunday against Texas Christian University (3-7, 0-2) in the Michael and Anne Greenwood Tennis Center. Coming off a match against Texas Tech on Friday night, most of the Cowgirls who played were doing so with minimal rest.