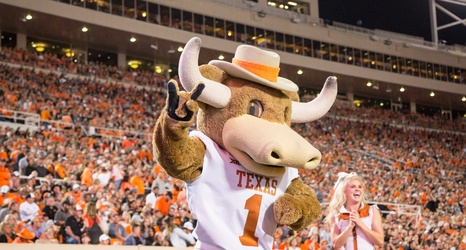 Tom Herman is just 1-3 against the Cowboys in his Texas tenure with last season being his lone victory.

He’ll be in Stillwater on Saturday with hopes to make it consecutive victories against Oklahoma State. Herman hasn’t won in Boone Pickens Stadium, with his only attempt resulting in him being ushered off the field by officials.

Herman met with reporters Monday about his return trip to Stillwater. Here are three interesting topics he touched on.