This is the Beginning of the End for the Big 12 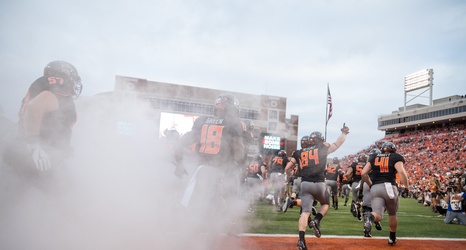 With the Big 12’s TV contract running through 2025, reports this week of OU and Texas’ interest in leaving the league for the SEC left a theoretical timeline of years, not days or months. And even that timeline came with the capital c Caveat of if either of the schools were to leave.

My my, the times, they’re changing, and quickly.

In the days since those initial reports of OU and Texas’ SEC interest, it no longer looks like an if, but rather, a when. The Austin American-Statesman‘s Kirk Bohls on Friday reported OU and Texas joining the SEC “is almost done.