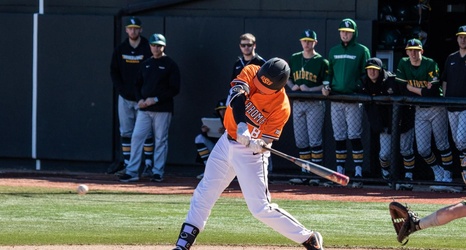 Although the University of Southern California had an early lead, Oklahoma State took advantage of the third inning.

The Cowboys defeated the Trojans 11-6 on Friday night at Dedeaux Field in their first game of the Dodger Stadium College Baseball Classic.