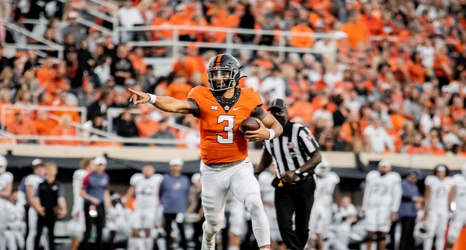 Sanders is one of 85 on the Maxwell Award’s preseason watch list. The Maxwell is given out annually to college football’s most outstanding player. If Sanders were to win the award, he’d join another Sanders as the only players in Oklahoma State’s history to obtain the hardware.

“Spencer has been fantastic for us,” OSU coach Mike Gundy said last week. “He has now become a magician in our offense. He knows it. He can run it fast. He understands. The middle toward the end of last year he started to make really quality decisions in a short amount of time, which is very important in quarterback play in our opinion.