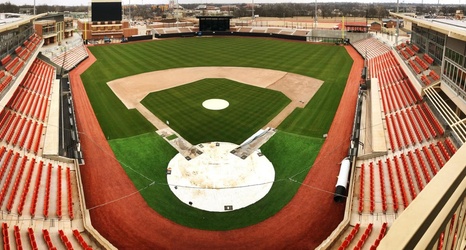 Former President George W. Bush is no stranger to Oklahoma State University and the namesake of its new baseball stadium.

Bush was the keynote speaker at OSU's commencement speech in 2006 and is a close friend of donor Cecil O'Brate.

The longtime friends will be together at the opening of O'Brate Stadium as the Tulsa World reported that Bush is scheduled to throw out the ceremonial first pitch.

O'Brate previously donated to Bush's campaigns and the former president travelled to Garden City, Kansas, where O'Brate resides, for a Q&A session with locals.

Bush's connection to baseball started long before his political career as he became became a part-owner of the Texas Rangers in 1989.