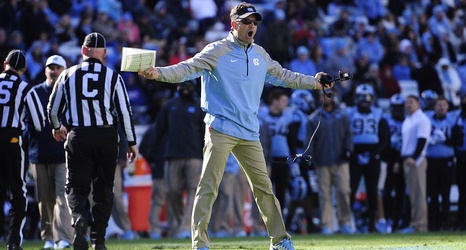 Multiple outlets like Yahoo Sports, ESPN and Stadium’s Brett McMurphy are reporting that the former Oklahoma State offensive coordinator will hold the same title under Dave Aranda at Baylor. According to ESPN’s Adam Rittenberg, the deal is expected to be finalized next week.

Fedora technically returned to the Big 12 last season holding an analyst position on Tom Herman’s staff at Texas. He was previously the head coach at Southern Miss and then at North Carolina before UNC fired him following the 2018 season.