Projecting Where Tylan Wallace Will Finish Among OSU’s Receiving Greats 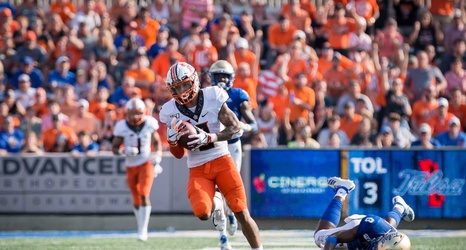 If Tylan Wallace would’ve decided to pursue an NFL career after his junior season, he would’ve went down, statistically, as a top-10 receiver in Oklahoma State history.

However, the one often referred to as Superman, is back for his senior season after ACL surgery. The Cowboys’ season being 10 games makes it unlikely Wallace can catch Rashaun Woods’ or James Washington’s career records, but 10 games from now, Wallace has a great shot at being a top-five receiver in a program with a long list of great receivers.