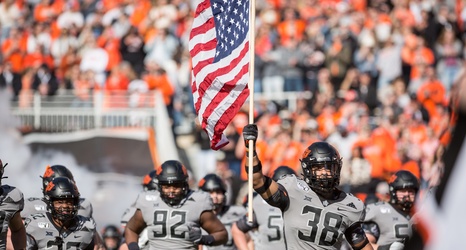 A significant hurdle in joining the Big Ten for the remaining eight teams in the Big 12 appears to be AAU qualification. A report Monday indicated the league “only would be interested” in adding schools if they were one of the 66 schools in the AAU.

OSU is not one of those.

However, the Pac-12 may be less inclined to look at AAU as a prequalification if it chose to expand, according to the Austin American-Statesman’s Kirk Bohls. Nine of the 12 Pac-12 teams are AAU members, but it does not appear to be a requirement, unlike the Big Ten.