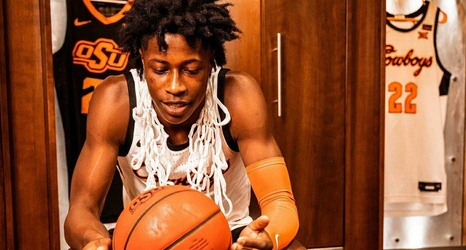 247Sports on Wednesday unveiled its final prospect rankings for the 2022 class, and OSU commit Quion Williams — thus far the only high school recruit in the cycle to commit to OSU — finished off his high school career as a four-star recruit.

Williams, a 6-foot-4 forward from Arkansas, retained his status as a four-star, where he’d been since last summer. His overall standing took a slight but not significant dip, dropping from the No. 89 player in the Composite rankings to the No. 95 player. He ranks as the 24th best at his position and the fifth best in the state.