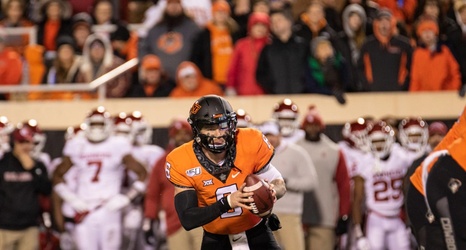 The orange-and-white leis around Dru Brown’s neck represented the convergence of two chapters of his football career.

Brown, a redshirt senior quarterback on the Oklahoma State football team, had once imagined himself in a senior day ceremony at Hawaii, where he played during his sophomore and junior seasons. Instead, he was immersed in the Bedlam atmosphere at Boone Pickens Stadium as he walked toward his family during OSU’s Senior Night celebration Saturday.

Since leaving Hawaii, Brown has embraced OSU’s people and traditions, including the Bedlam rivalry, but his only start against Oklahoma fell short of his ideal scenario.