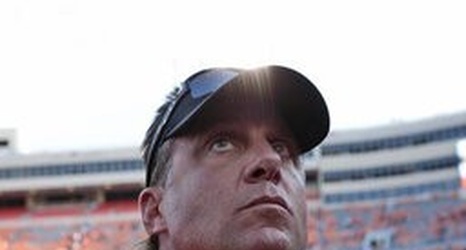 STILLWATER -- That new ESPN+ subscription is becoming a necessity.

If you’re an Oklahoma State fan, it’s a good idea to buy in or avoid the cancel button. The Cowboys are becoming regulars on the Worldwide Leader in Sports’ new streaming service that has partnered with the Big 12.

The conference announced Monday that OSU’s game against Kansas State on Saturday, Sept. 28, will be the second on ESPN+ and Big 12 Now this season. Kickoff is set for 6 p.m. at Boone Pickens Stadium.

It’s an unexpected move considering it was widely believed only one OSU football game would be on the online service.