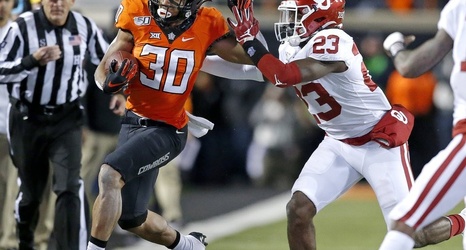 Hubbard, who led the nation in rushing, was a first-team selection by the Football Writers Association of America Thursday, following first-team honors from the American Football Coaches Association, the Associated Press, the Sporting News, and the Walter Camp Football Foundation.

Hubbard’s 1,936 rushing yards are the second-most in a single season at Oklahoma State, behind Sanders’ NCAA-record total of 2,850 yards in 1988.