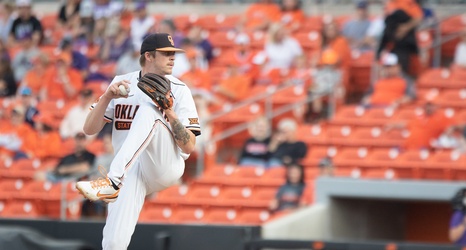 After failing to score a run in their Big 12 tournament opener, the Cowboys’ bats woke up Thursday.

Oklahoma State run-ruled Baylor 11-1 in the lower bracket of the conference tournament, as the Cowboys look to win the event the hard way. OSU advances to play the loser of the TCU vs. Texas game at 3:15 p.m. Friday.

As good as the Cowboys’ bats were to force the run rule, all-everything pitcher Justin Campbell was just as good. Campbell threw all seven of the game’s innings where he allowed one run (unearned) on three hits while striking out 10.