OSU alumni team out of TBT in blowout fashion 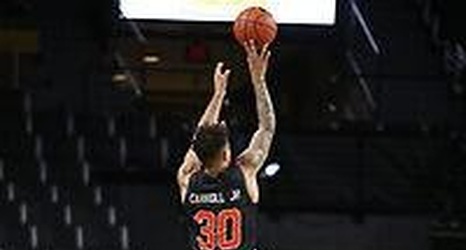 In his junior college days Trevelin Queen said he once beat a team 114-14.

It wasn’t quite that lopsided a victory Sunday in The Basketball Tournament for Queen and top-seeded Eberlein Drive, but it was still quite a large margin. Eberlein Drive defeated the Stillwater Stars, a team composed of many former Oklahoma State players, 119-67.

The Stars, led on the floor by former OSU Cowboys Jeffrey Carroll, Brandon Averette and from the sideline by former Cowboy Doug Gottlieb, were hit immediately by an Eberlein Drive offensive surge. Eberlein made its first five shots of the game and didn’t look back.