Opinion: Could Jim Knowles be interim coach at Oklahoma State if needed? 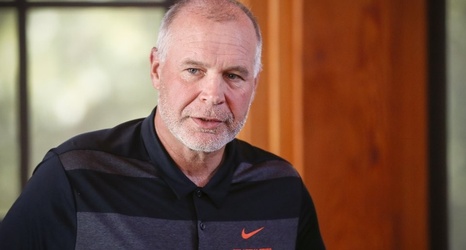 Hubbard’s June 15 tweet was followed by many supportive responses by teammates. Sources have said Gundy’s disconnect with players is at the root of the discontent.

Every day that passes is better news for Gundy that he could keep his job as the Cowboy head football coach, which he’s held since January 2005.

If OSU does make a change, associate head coach and offensive coordinator Kasey Dunn is considered the likely replacement, at least on an interim basis.