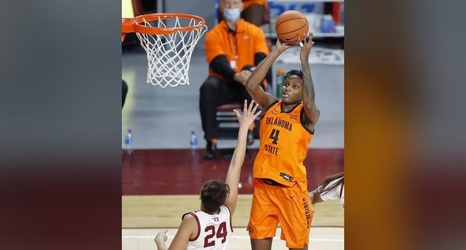 Where: Gallagher-Iba Arena in Stillwater

• Oklahoma State forward Natasha Mack was recently named as one of 15 players on the Naismith Women’s Defensive Player of the Year watch list. She currently leads the nation with 59 blocked shots this season.