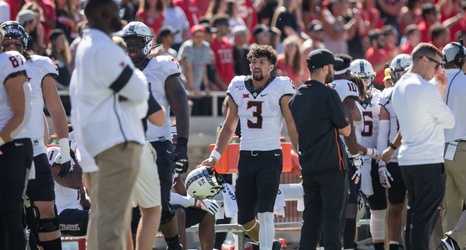 As we wrap up Oklahoma State’s 8-4 regular season and before we look forward to the Cowboys’ bowl matchup, let’s revisit our midseason grades and see how each position group improved (or not) during the second half of the year.

We’ll start with the QBs.

140-Character Summary: Spencer Sanders’ roller coaster freshman season dipped in the middle of the year before an encouraging, steady incline was halted due to injury. An experienced backup in Dru Brown was a luxury and probably accounted for one of those eight wins.

Best Performance: I’ll have to go with the Iowa State game just because it was a bounceback win, on the road, and it was the start of Sanders’ turnaround following a rough homecoming outing against Baylor.