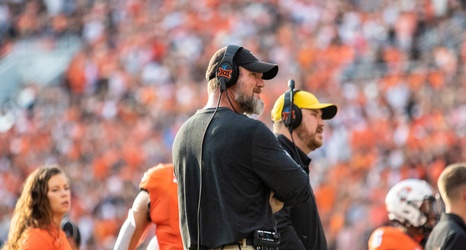 Recruiting doesn’t stop for the Cowboys’ staff during the football season.

His ESD squad is 2-0 in 2021, and according to Kennedy’s Twitter, he’s already made at least a pair of highlight plays.

A three-star recruit according to 247Sports and Rivals, Kennedy is listed as the No.