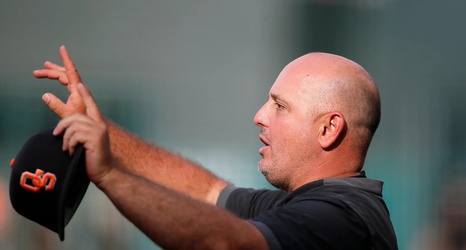 Oklahoma State has managed to replicate its entire regular season over the course of two games in the Big 12 Tournament. The Cowboys offense struggled to get anything going against Texas pitcher Pete Hansen in the first game of the tournament, being shutout on just three hits. The exact opposite was true in an elimination game against the Baylor Bears on Thursday morning.

The Cowboys beat the Bears 11-1 in seven innings, invoking the run rule after Jake Thompson knocked in two runs in the bottom of the seventh inning to give OSU a 10 run lead.

Justin Campbell did to Baylor what Hansen did to OSU in the Cowboys’ first round matchup with the Longhorns on Wednesday.