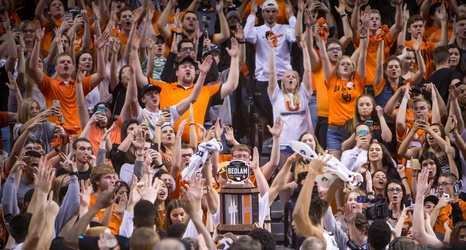 The annual Bedlam Series has a new sponsor in Phillips 66 and will potentially have a new trophy, too.

Phillips 66 along with both Oklahoma and Oklahoma State announced an eight-trophy bracket Friday to determine what the trophy design will be. Fans can vote on the trophy designs at phillips66bedlamtrophy.com, and win prizes along the way.

The first four weeks will determine the semifinalists then Week 5 will see the finalists announced before the final design is revealed.

Here are the weekly prizes for voting: