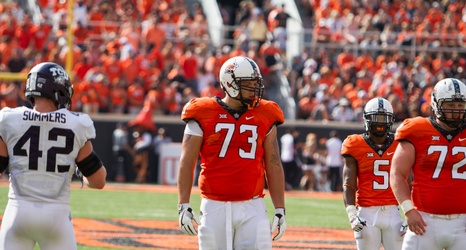 As we get closer to this Draft Night on April 29, more and more talking heads have put forth their projections for when and where players will be selected, and that includes a handful of outgoing Cowboys.

But before we get to this week’s roundup of mock drafts, an important date has come up.

While there hasn’t been a former announcement from Oklahoma State, a April 1 pro day was announced as part of a release on the Atlanta Falcons’ official website.

The list appears to include all schools with draft-eligible players and indicates that Oklahoma’s is set for March 12.