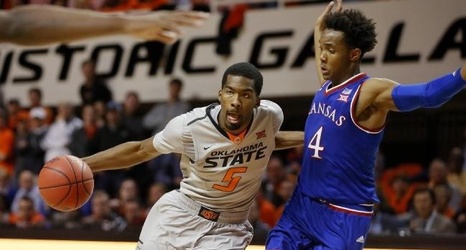 Former Oklahoma State guard Tavarius Shine participated in a pre-draft workout with the Thunder on Tuesday, according to a report by Sportando.

Shine left OSU after his redshirt junior season to play overseas with Sweden’s BC Lulea. Shine averaged 12.6 points, 4.6 rebounds and 1.5 assists in the Swedish League this past season. He shot 34.9 percent from 3-point range.

As a Cowboy, Shine underwent season-ending back surgery six games into the 2016-17 season. In his last year with OSU, he returned from injury and averaged 9.7 points and 3.5 rebounds per game. He made 18 starts in 31 games.