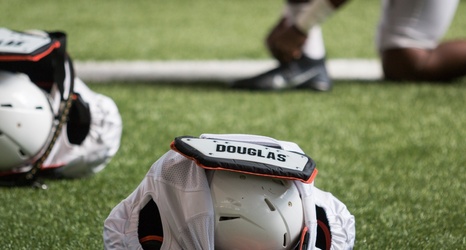 Oregon offensive coordinator and former Oklahoma State running backs coach Marcus Arroyo is taking his talents to The Strip. No, not that strip.

On Wednesday, Arroyo was named the next head coach of the UNLV Rebels. He’ll replace Tony Sanchez who went five years without a winning record (20-40).

Arroyo left Oklahoma State after spending 2015-16 as its running backs coach, and as a key recruiter for the Pokes, to join Oregon as co-offensive coordinator and QB/TEs coach in 2017. He was elevated to OC in 2018.

Arroyo helped led the Ducks to a top 15 regular season in scoring offense.