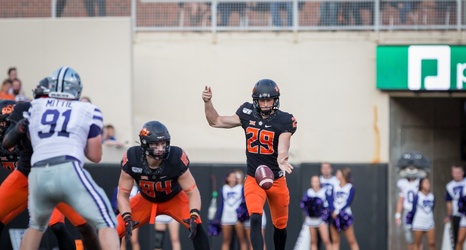 It’s #WatchListSZN, meaning the groups that decide who ends up with hardware in December are doing their homework and setting the groundwork in July.

These lists amount to little more than that, but they can also serve as an indicator for who is on the national radar — and how much these groups are paying attention.

A pair of Oklahoma State specialists, and Aussies, are among those who have piqued the interest of award committees.