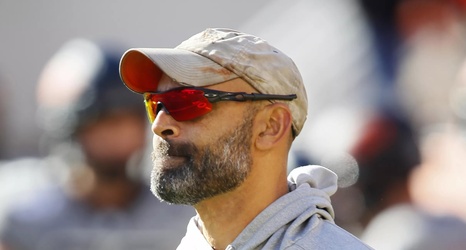 Kasey Dunn is leaving his post as Oklahoma State Cowboys associate head coach and wide receivers coach to be the new offensive coordinator at UNLV Rebels, according to multiple reports out of Las Vegas and Stillwater.

Dunn will be joining former OSU running backs coach Marcus Arroyo’s staff in Las Vegas. Arroyo accepted the job Dec. 11 after three seasons at Oregon, where he was the offensive coordinator as well as the quarterbacks and tight ends coach. The Rebels haven’t made a bowl game since 2014.

Dunn, who was OSU’s longest-tenured assistant since 2011, has developed two Biletnikoff Award winners in Justin Blackmon (2011) and James Washington (2017).