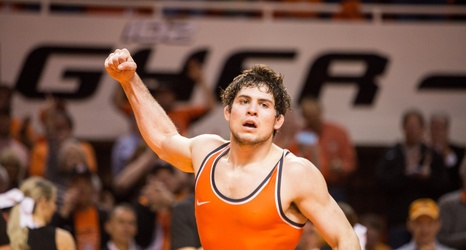 The Cowboys were up against a tough one on Sunday night in Iowa. The Cowboys, in a bit of a rebuilding year, took on the top-ranked Iowa Hawkeyes in Iowa city — and they didn’t bode well.

It started off with the fourth match in the series between Nick Piccininni and Spencer Lee. Oklahoma State fans were hoping for a repeat of last year’s heroics when Piccininni pinned Lee in front of a sellout crowd in Gallagher-Iba Arena. That didn’t happen as Lee rolled to a major decision 12-3 over Piccininni.