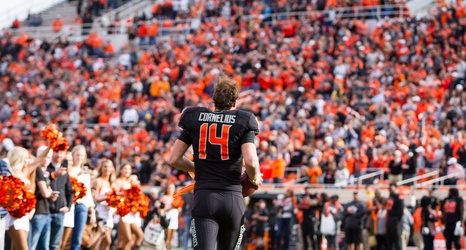 As I wrote earlier this week, most key players that have come through Oklahoma State — the James Washingtons, Tylan Wallaces of the world — break out by their second year and separate themselves early on from their contemporaries.

Yet every so often, either due to injury or attrition or simply opportunity, veteran players break out late — zero-to-hero style.

The player that best exemplifies this is Taylor Cornelius, a former walk-on quarterback who, in 2018, took on the role as OSU’s starting quarterback as a fifth-year senior. Prior to 2018 Cornelius had completed just 15 passes.