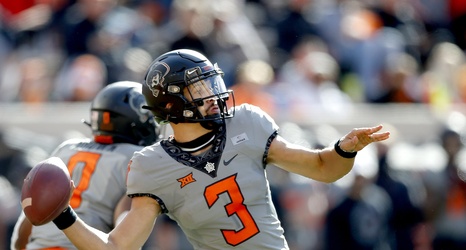 It wasn’t always pretty, but Spencer Sanders juked and scurried Oklahoma State to its biggest win of the season in his return from injury.

The Cowboys outlasted Iowa State 24-21 to remain undefeated on the season.

There was a lot on the line for both teams coming in. The untested Cowboys were facing their first ranked opponent of the season, while the Cyclones were looking for their first 4-0 conference start … ever.

Iowa State’s first two touchdowns came off Spencer Sanders interceptions. But, to his credit, Sanders answered that second Cyclones TD with his own three-play 67-yard drive capped by his third rushing score of his career.