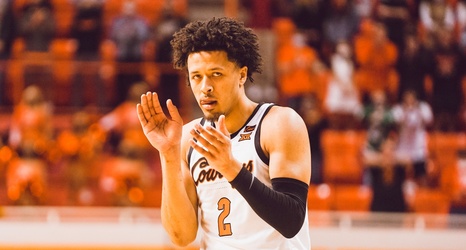 We had to wait until the second half for things to really heat up, but we got the showdown between projected lottery picks that we wanted.

Cade Cunningham led the Cowboys to victory in his return, scoring 21 points (7-of-13 shooting, 2-of-5 from 3). He also grabbed seven rebounds and dished out five assists.

His former Montverde teammate, Moses Moody, led the Razorbacks with 17 points and grabbed four boards, but Cade got to take home bragging rights in what will likely be their only college meeting.

It was a choppy first half for the Cowboys.