How Spencer Sanders Could Benefit from Tylan Wallace’s Absence 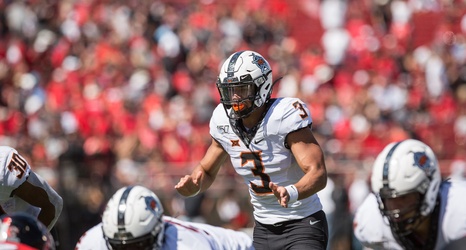 I have no idea what life without Tylan Wallace is going to be like for Oklahoma State. None of us do. If given the choice between having Tylan Wallace suit up as a wide receiver or not suit up as a wide receiver, all 130 FBS teams would choose the former over the latter. That is indisputable. If he’s not the best wideout in the country, he’s at least in the conversation.